From an email post to RASC Victoria on September 17 2018: 21P Comet Giacobini-Zinner

It was clear enough last night to get a quick snapshot of the comet from the driveway. I had to get the light stand out with a large sheet of black foamcore to block the streetlight nearby. Light pollution was a challenge but I was able to collect 16 one minute images and do a simple stack in Maxim DL. It’s nicely framed by the open cluster M35 just underneath Auriga, IC443 a supernova remnant in Gemini and NGC2174 a HII emission nebula in Orion. Hopefully I’ll be able to get a better shot from darker skies this week :-) 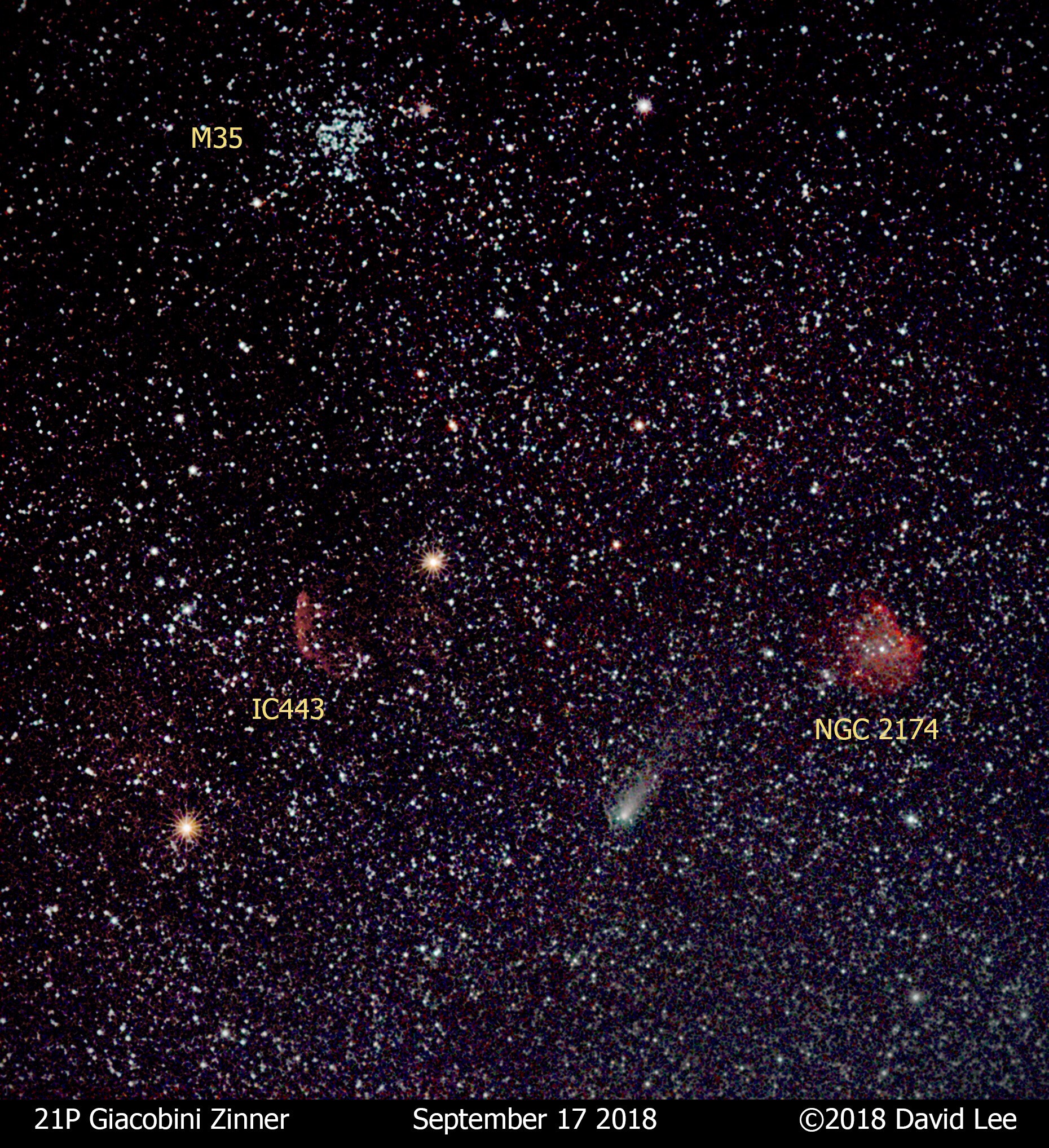 A response from Bill Weir:

That’s really nice David. In the early morning when the comet was within M35 I took the chance and drove to the cricket pitch in Metchosin even though 90% of the sky was cloud. This is my write up of the event.

Well that was fun and reconfirmed to me the value of being prepared. Around 0030hrs PDT I was putting the dogs out and looked up and saw a clear patch of sky heading to the east. I grabbed my eyepiece case, jumped in the car and headed to the cricket pitch as the 6 inch dob had already been in the car for days. It took over an hour for the clearish patches to make their way across the sky but that was OK as it gave me a chance to collimate the scope and check out various deep sky objects along the way. Eventually the left toe of Gemini (their toe) peaked through the clouds and I was able to pick out M35 with the 15X70 binos. No comet was visible so I panned about but couldn’t make out anything. Through the scope at 38X with a 31N it was a beautiful view of M35 and NGC 2158 but no comet was visible in the area. I upped the power to 60X and focused on M35 still nothing until I began to notice a fuzziness within the eastern side of the cluster to the SE(?) of a beautiful curving chain of stars. As I advanced though 120x and then finally to 200X it became apparent this was the comet fully within this beautiful cluster! It was similar to this image except move the comet a bit down and to the left.

In the end it reminded me in a way of the planetary nebula NGC 2438.

Shortly after drinking in the view clouds moved in and the show was over. It wasn’t my best comet observation by far due to low altitude in the sky and being over Victoria to the south east. That was OK though because my feet were freezing as good footwear was the one thing I neglected as I raced out the door. Drove off the field at 0215 PDT and was soon tucked in bed. Many like the phrase “make hay when you can” but I prefer,”you can’t dance at the party if you don’t show up”. This means go out even if the weather doesn’t seem optimal or you won’t see things at all. 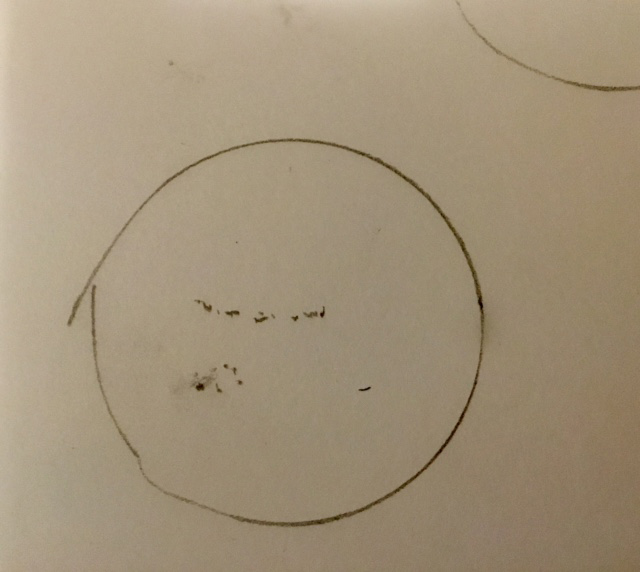